Where to go with children when the weather is nice

If you’re planning on going on holiday with your children during the summer months and your plans simply have to include fun and entertainment, then Pilsen is the ideal choice. That’s because this city is full of experiences for the whole family, all comfortably located in the same place. And if, after a few days, you start feeling like Pilsen is a bit small, you can also embark on interesting trips to the nearby surrounding area. So, where should you go with either smaller or larger children?

The Zoo and Botanical Garden in Pilsen regularly rank amongst the ten most visited tourist destinations in the Czech Republic. Not only is it home to the largest number of types of animals but also plants that hide within the expansive botanical gardens. Strolling through Pilsen Zoo, you’ll find yourself charmed by its diversity, and if you’re lovers and admirers of Barbary lions, you’ll surely be happy to see their new run, which the Pilsen Zoo is completely rebuilding and planning to open to the public at the end of June. The lions’ run will now offer about a third more space. Viewpoints for visitors are also being added.

Located on the same grounds as the Pilsen ZOO, you’ll find the popular DinoPark. Here you can look forward to models of prehistoric animals that both move and make sounds, which are primarily tailored to small adventurers from 5-12 years old, however, even smaller children will be satisfied. The several-metre-tall models of various types of dinosaurs allow the kids to admire enormous, extinct creatures and get to know a world that hasn’t existed now for millions of years. And thanks to the screenings in the 3D theatre, the entrance to which is included in your ticket, you can peek below the surface of the wild Mesozoic Sea, where an infinite number of traps and dangers await. 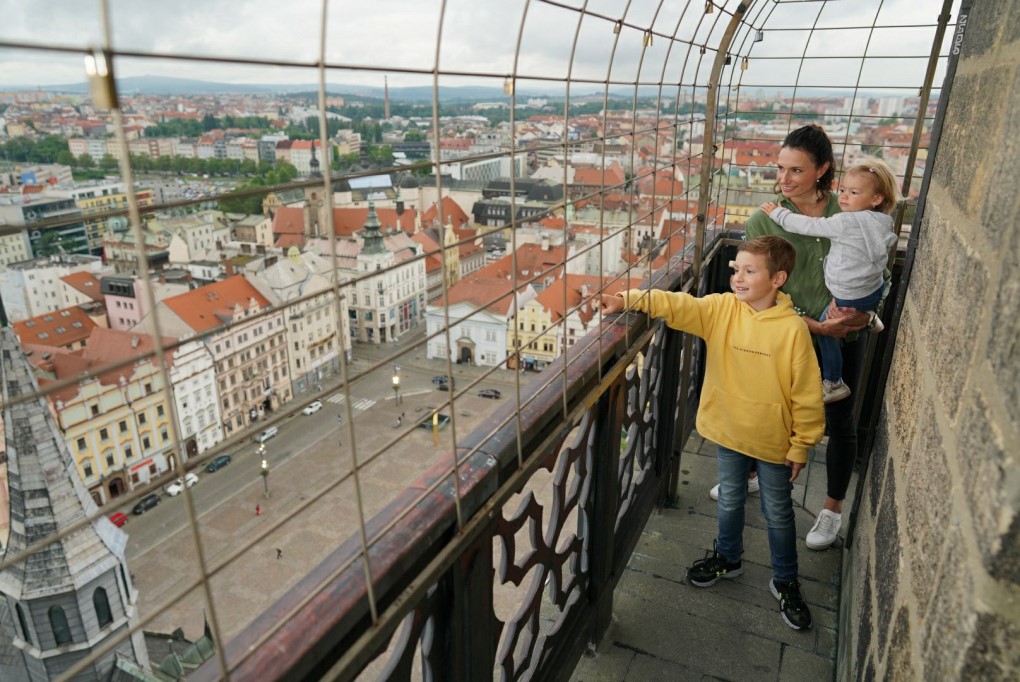 St. Bartholomew’s Cathedral, located on Pilsen’s main square, boasts the tallest church tower in the country. It stretches to a height of over 100 metres, and thanks to the viewpoint terrace, which stands just a few metres lower than the tower’s peak, you can enjoy the best view over all of Pilsen here, after climbing the 300 steps, that is. If you’re not quite feeling up to tackling the tower, however, head inside the cathedral to see its breath-taking interior, which recently underwent renovations for the first time in 100 years. And on the way out, don’t forget to touch the little bronze angel located on the backside of the cathedral, as he will grant even your most secret of wishes, or at least brighten your day just a bit more.

While enjoying a pleasant walk through the city’s historical centre, you can stop by the statues of the legendary Czech puppet duo Spejbl and Hurvínek. And where are they hiding? You’ll find the smaller version of these two characters hiding in the Šafaříkovy sady park nearby the Hotel Continental. Then, their life-size bronze sculptures can be found right on Republic Square. If you would like to learn more about them and puppeteering in Pilsen, then you surely won’t want to miss visiting the Puppet Museum.

You can easily make your way to the creative zone DEPO2015, which once served as the city’s public transportation hub, by walking along the Radubza River. Concerts, expositions, and gastronomical festivals are held here every month. It’s here that the popular interactive exposition Up into the Sky is featured, which whisks children off into the world of myths and fairy tales, flying, and even the laws of physics. This exposition will let them peer into nature’s laboratory, launch a rocket they made themselves, and show them what it would be like if they were to suddenly grow wings. 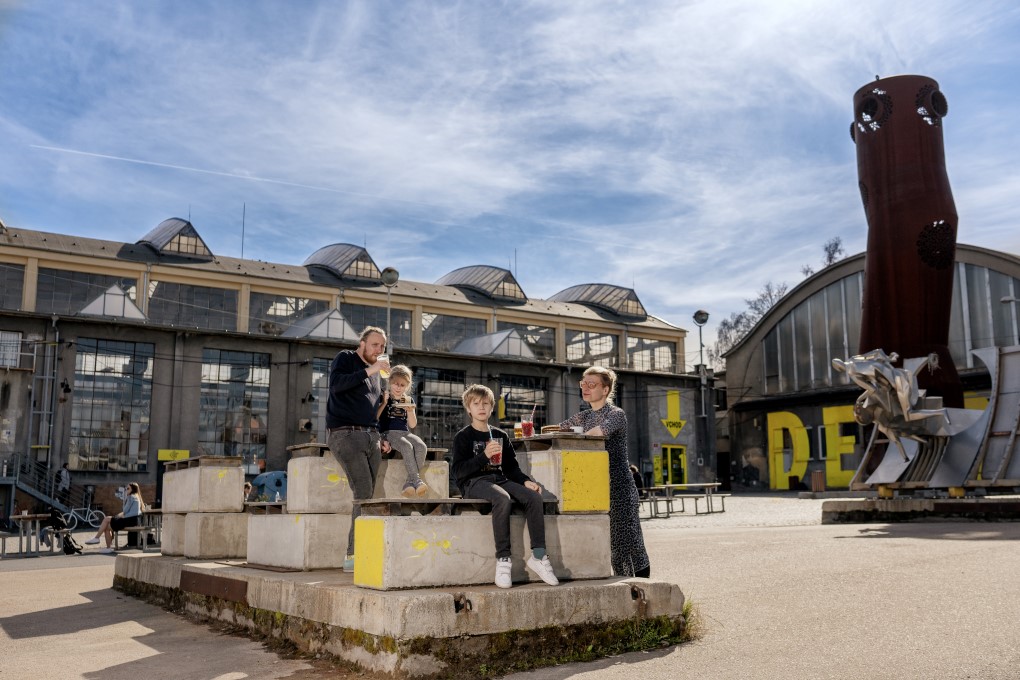 A travel tip for getting out of the city

Have you already seen everything in Pilsen? Then make your way to Air Park in the town of Zruč, not far from Pilsen. In this private, technical museum, you’ll find a large collection of aeroplanes and military vehicles, which consists of 50 complete and 20 incomplete planes and tanks from the Second World War. Although the exhibit pieces are mostly wrecks without motors and mechanical parts, they still present a piece of military history. However, if you prefer to travel onwards, you can continue to the town of Plasy, where a journey around the world will be waiting for you. On this journey, you can play mini-golf or simply check out the lions, leopards, kangaroos, and the other interesting animals the Fantasy Golf offers.

Places to get out of the heat: Museum of Ghosts and Fairy Tales and Techmania Science Center

Have you had enough of being outside yet? Then go cool off at the Museum of Ghosts and Fairy Tales, which you’ll find underneath Hotel Central on Republic Square. Here you’ll discover a unique exposition of monsters and legendary creatures from Pilsen and its greater surroundings. With a smile on your face and a bit of exaggeration, you’ll see into the world of fairy tales and magic from days long forgotten. You can look forward to the fabled Prince Radouš, water sprites, witches, fire dogs, dragons, and other fairy tale creatures. Even those who like to be a little scared and aren’t afraid to give way to their imagination will find what they’re looking for here.

Another stop on your mission of staying out of the heat should definitely be the Pilsen science centre Techmania. Experimental stations, hidden within the historical factory halls in the middle of the industrial grounds of Pilsen’s Škoda Works, guarantee a good time for the whole family, including your little ones! You can look forward to the science show, brainteasers, hundreds of interactive exhibits, as well as a 3D planetarium where you can treat yourself to one of the many interesting films. And if you like experiments, then you’ll love this place, especially since you won’t find any other like it in all of Pilsen or its surroundings. 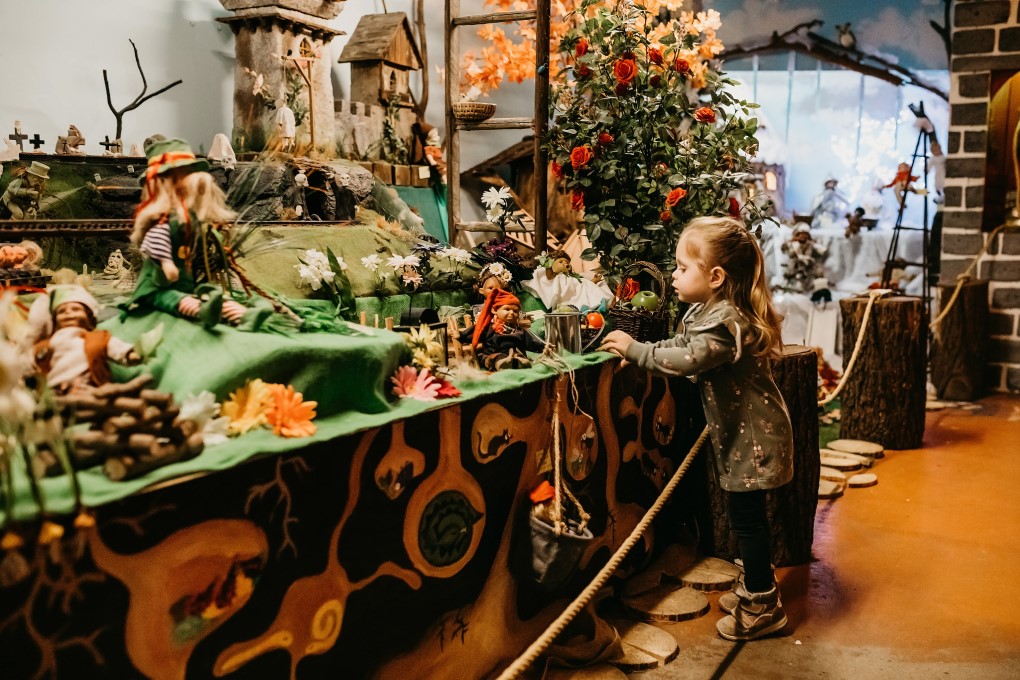